It's hard to believe that the humble carrier bag is actually a key polluter, but with thousands of tonnes of plastic bags clogging our oceans and harming wildlife, it's fair to say that these convenient plastic bags are an environmental menace.

There are a couple of ways in which carrier bags damage the environment: firstly, the sheer amount of them which end up in the sea pose a threat to wildlife - far too many animals end up choking on them. Secondly, the bags are often designed to last longer through the addition of toxic chemicals such as agents that are intended to protect the bag from the destructive effects of UV light. Luckily, there are a number of initiatives taking place that are making a difference when it comes to managing the plastic peril that carrier bags represent.

The 5p Charge Is Reducing Bag Use

The decision in October 2015 by the government to start charging consumers 5p for a single-use carrier bag has prompted a significant downturn in the number of bags being used at the supermarket checkout. Recent figures suggest that usage has fallen by around 85% since the introduction of the charge, having a significant impact on the amount of plastic entering the environment.

Innovation and advances in plastic composition have resulted in some intriguing changes to the way in which plastic decomposes. A great idea pioneered by the Co-op was the introduction of compostable carrier bags. Rather than lasting for decades, these bags quickly break down into non-toxic components. The compost can then be used as plant fertiliser.

An even more revolutionary advance is the invention of a plastic carrier bag which dissolves in water in just a few minutes. Created by researchers in Chile, the bag can be completely dissolved when no longer required. Impressively, the constituents are completely non-toxic, to the extent that during demonstrations the researchers were able to drink the water containing the dissolved bag with no ill effects.

As well as recyclable bags that can be broken down into eco-friendly byproducts, the move towards reusable bags is also a beneficial change for the planet. Carrier bags are just one example of how a small change in consumer behaviour, coupled with the appliance of scientific advances, can result in a significant reduction in the pollution problems that plastic can bring.

At Love Your Logo, we are proud to champion eco-friendly products to help reduce carbon footprint. Click here to browse our range of environmentally-friendly gifts. 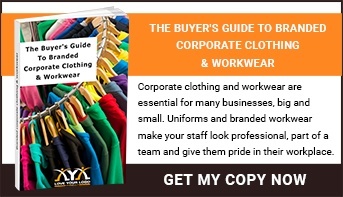 Are Promotional Items Worth The Money?

5 Cool Promotional Gifts For Any Event 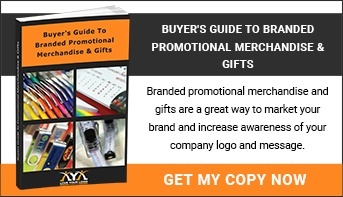